Our name "Horouta" comes from the ancestral waka (canoe) of the same name, that sailed the Pacific from Hawaiki to Aotearoa (NZ) around 1000AD.

One of a fleet of ocean going , voyaging waka, the skilful sailors on board, guided by their knowledge of the winds, sea currents, wildlife and stars, found Aotearoa (Land of the Long White Cloud) where they settled.

The waka "Horouta" is associated with the East Coast of Aotearoa where many of the descendants of the early voyagers still reside.

Our club is based around waka ama or outrigger canoe paddling and for some it is a year round lifestyle.

Our focus each year is the Annual National Sprints held at Lake Karapiro where all our training and hard work is put to the test against the best crews in the country.

Horouta Waka Hoe Club was formed by a group of enthusiastic parents and supporters in the winter of 1998.

It was formed under the banner of an existing sports club, Horouta Sports Club, a predominantly winter sports community organisation. The club quickly found it difficult to administer and operate due to seasonal mismatches.and opposing priorities of the two committees

A steering committee was elected until an annual general meeting could be scheduled. so the serious business of becoming an incorporated society, securing equipment and organizing the club infrastructure could get under way.

The club was fortunate enough to be allowed the use of "Rakaimataura" from Uncle Jim Mahuika. The old backyard built OC6 waka, affectionately nicknamed "the Barge", was the meanest, heaviest and most crooked canoe ever built. It often swamped with a heavier crew because it sat low in the water and had little freeboard but it served it's purpose admirably.

From a local tribal authority, Te Runanga O Ngati Porou, we were able to secure a 12 month use of another OC6, waka "Porourangi". Some hours were devoted to restoring her condition and with the "Barge" and 'Porourangi" the journey and hard work began.

The club based itself at Marina Park and experienced some stiff opposition and criticism from other park users at the time. It had been asked and refused to move the waka on occasions as often these requests were disguised as offers of more suitable venues.

The membership in the first year totalled around 84 competitive members, most from the junior ranks. Casual and recreational paddlers increased the overall membership to around 110.

With funding from Hillary Commission, through the local District Council and other grants, our first  OC6 waka, Horouta, was ordered from Victor Hawker at Seahawke Canoes in Hamilton.

It was blessed and launched at a pre-dawn ceremony by local elders, in line with early custom and was the first new OC6 waka in the region for some years.

Weighing in at a trim 130kg, she quickly became sort after by many crews who desperately avoided the earlier much heavier waka when it came to racing

She still holds a special place in the club and a favourite for many older members despite her advanced age and despite the introduction of later and lighter designs.

Unfortunately "Porourangi" and "Rakaimataura" have long since been returned and the priority since, has been to increase our resources to cater for the ever increasing growth in paddler numbers.

From those earlier times there has been consistent growth in membership, across all age groups and more recently in the adult divisions.

We are one of the biggest and most successful clubs in the country, winning t National Sprints  the 2018 World Sprints Club championships in Tahiti.

The club has a large fleet of waka still based at Marina Park.

It enjoys great support from the community

The early people of Turanganui-a-Kiwa The members of Te Aitanga-a-Mahaki, Rongowhakaata, Ngai Tamanuhiri and Ngati Oneone (a sub-tribe of Te Aitanga-a-Hauiti) are descended from voyagers on board the Te Ikaroa-a-Rauru, Horouta and Takitimu canoes, who sailed from Hawaiki. Once in New Zealand, the groups had intermingled and formed alliances. Important ancestors were Maui, Paikea, Kiwa, Paoa, Hine Hakirirangi, Tamatea, Maia, Porourangi, Hamo-te-Rangi, Tahupotiki, Ruapani, Kahungunu, Mahaki, Rongowhakaata, Tamanuhiri and Hauiti.​​​​​​​ 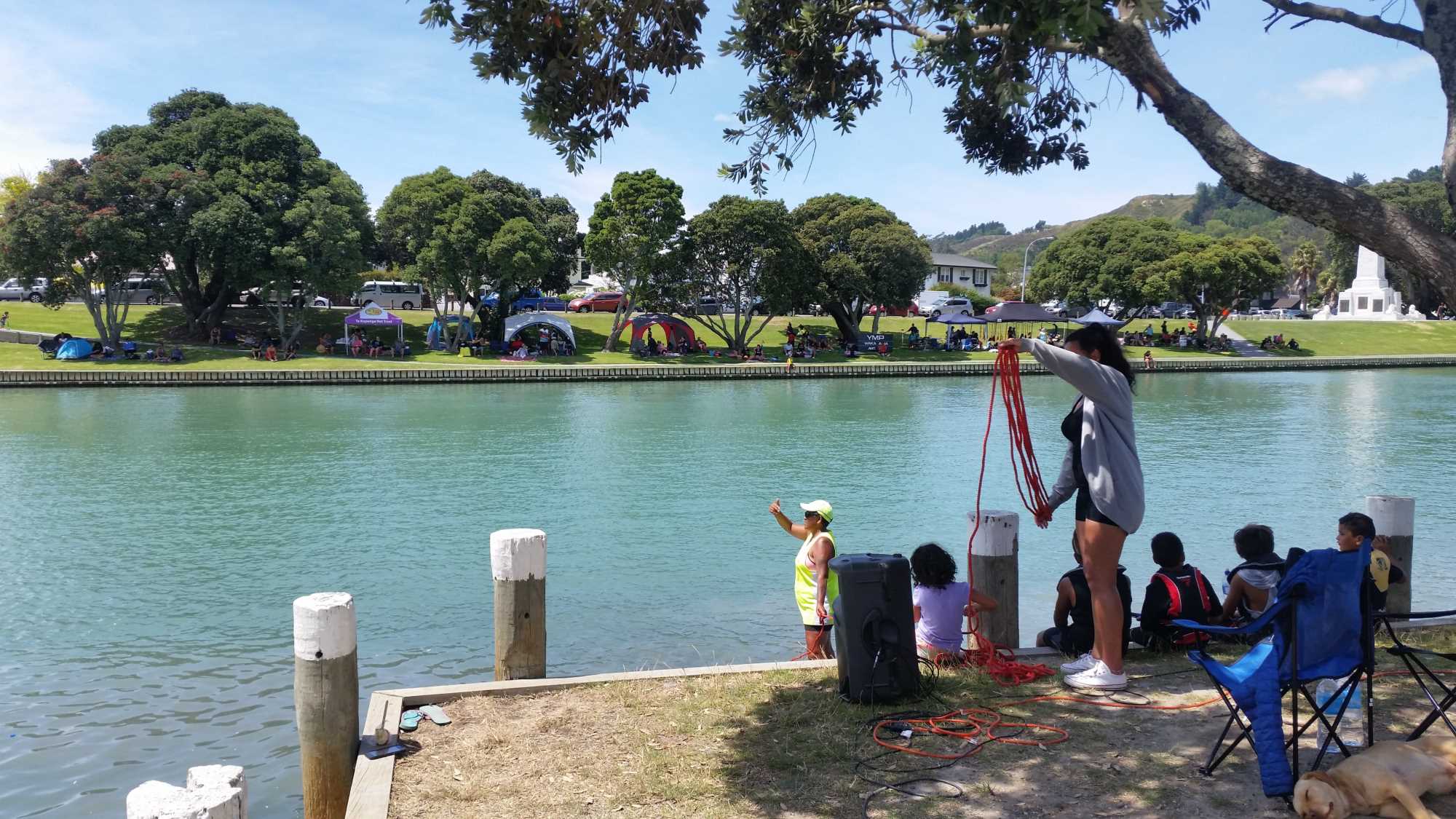